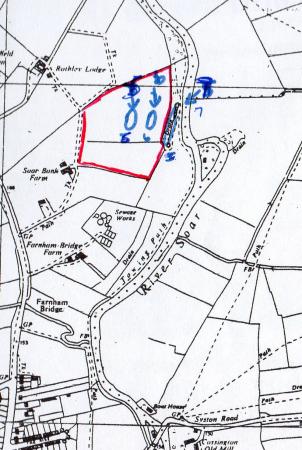 We first visited this site in March 2002 when David Carpenter kindly took us around his fields and ponds.
In this part there are two fishing lakes which were formed when the A6 by-pass was built. The soil was dug out to build up the road leaving scope to develop as fish ponds that were stocked with trout. The steep banks to the lakes have been planted up with trees and shrubs to provide effective screening in due course.
The site around the fishing lakes reaches down to the River Soar where it regularly floods. There is another pond here but this an older, established pond and surrounded by vegetation including Marsh Marigolds. In the swamp area there is a plantation of White Willow with young trees planted in lines. The older White Willows have been harvested and sent to a firm in Sussex for the making of cricket bats. The younger trees will be harvested in time and replaced by another planting.
In the whole area pheasants are raised for shooting
The whole area has great potential for nesting birds as the habitat is so varied and close to other similar sites plus the river. 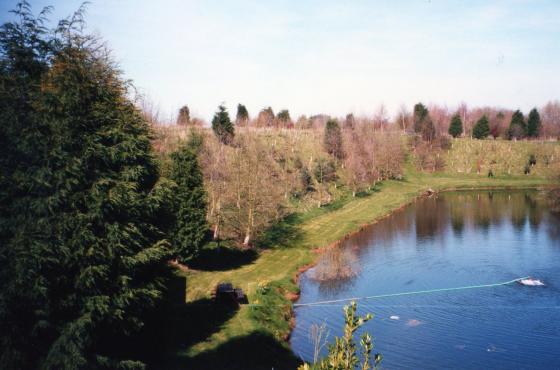 A return visit to see the Marsh Marigolds in flower in the swamp area.

This site is ideal for nesting Whitethroat as it contains hedges and bushes of hawthorn and very large areas of uncut grass. There is a Larsen trap to catch Magpies (this is a legal trap). 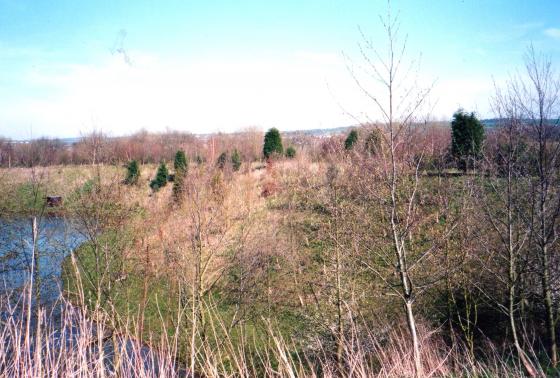 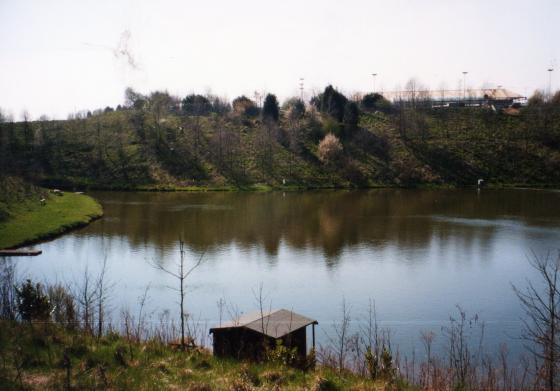 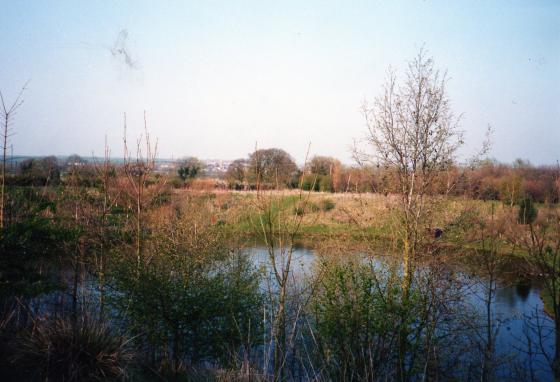 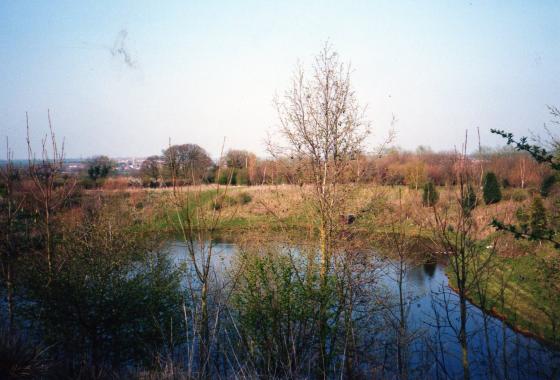 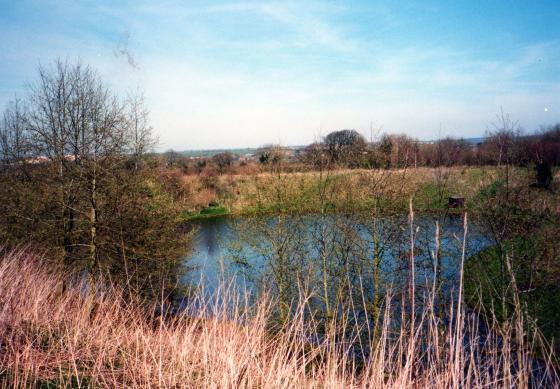 On the 15th July 2004 there was an article in the Leicester Mercury that Pond 5 would be filled in with soil from the building of the Leicester Paper Company (Site 304). This pond was made by digging out the soil to build up the area for the A6 by-pass so it looks to be a reversal of previous actions.
The pond is still there in 2008 and the LPC has been built. However, there has been a complete decimation of the trees and shrubs planted around the pond. The area backing on to the Wyevale Garden Centre has had good-sized Silver Birch trees and conifers cut down and left on the banks where they were felled. Such a great pity but the pond is still there and being used by wildlife. 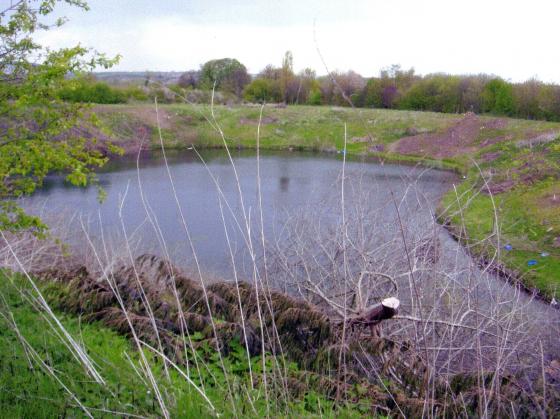 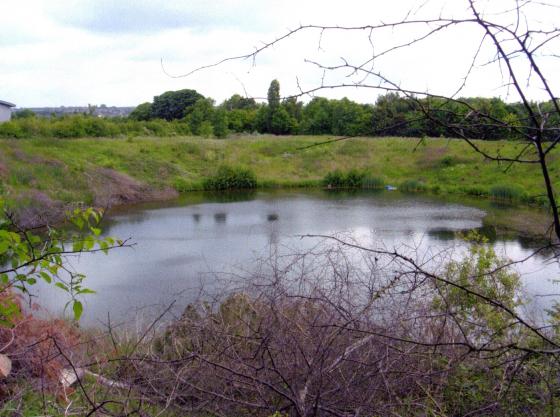 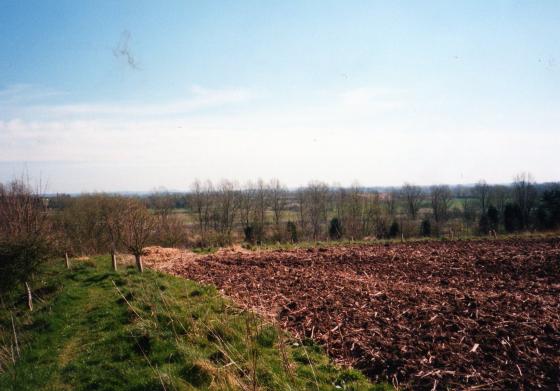 The Rowena Fishing Lakes in 2013 have not been used for fishing for a few years and are not maintained. The surrounding trees and shrubs have been cut back and it looks a neglected area. The photographs below were taken from the Public Footpath that runs from the old A6, along the back of the Rowena Garden Centre to Sileby Mill. Pond 5 is at the back of the Rowena Garden Centre. There is no access to Pond 6 which may have been filled in. 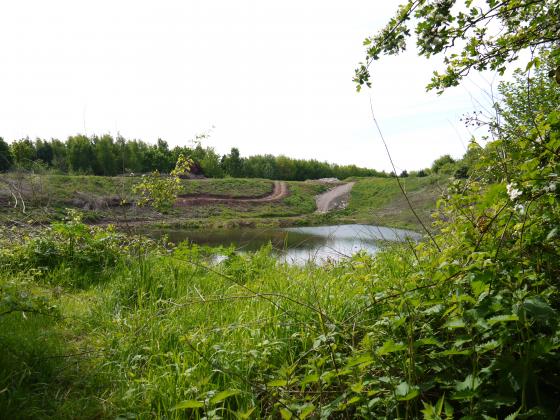 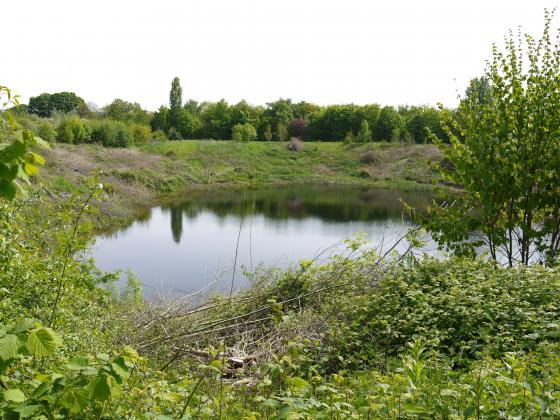 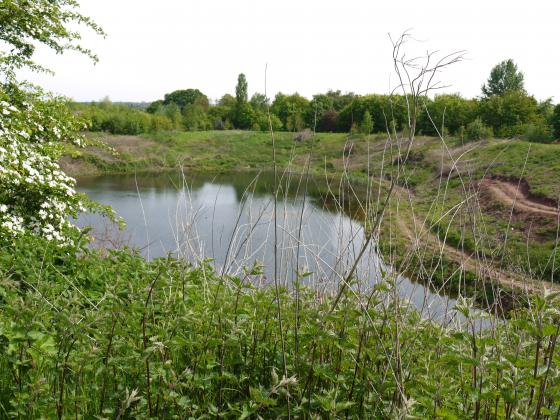