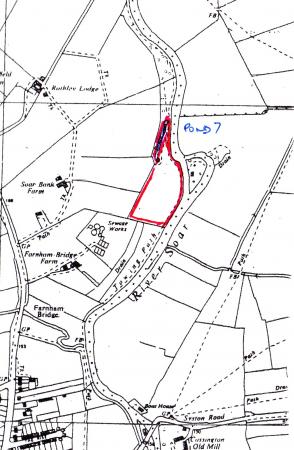 THIS IS PRIVATE LAND BUT CAN BE VIEWED FROM THE TOW PATH ALONG THE RIVER SOAR OR BY A PUBLIC FOOTPATH AT THE BACK OF ROWENA GARDEN CENTRE.

Rowena Marsh and Pond, Site 118, is part of a larger area to include Site 119 Rowena Fishing Lakes. There is a hedgerow boundary between the two but together they make one excellent natural history site and both in the same ownership. 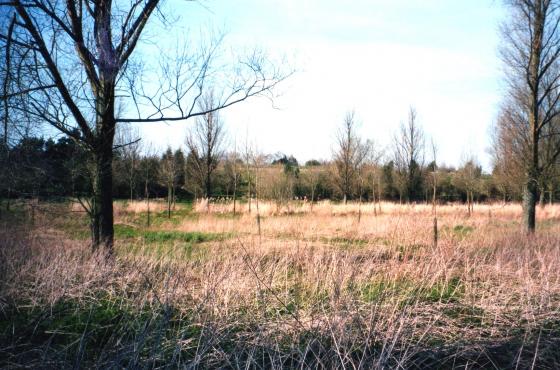 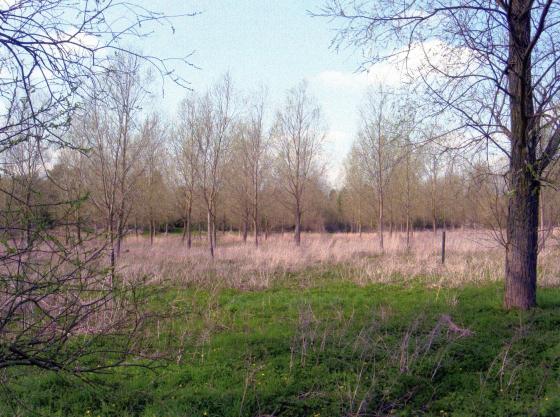 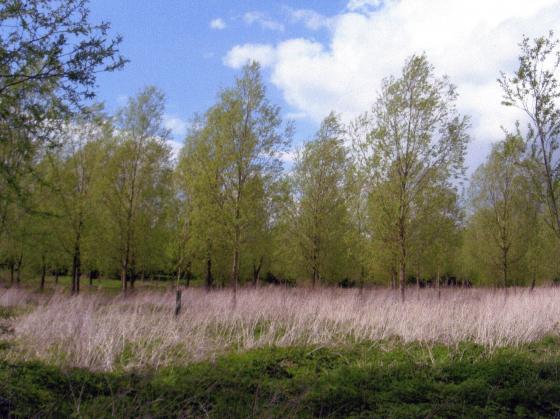 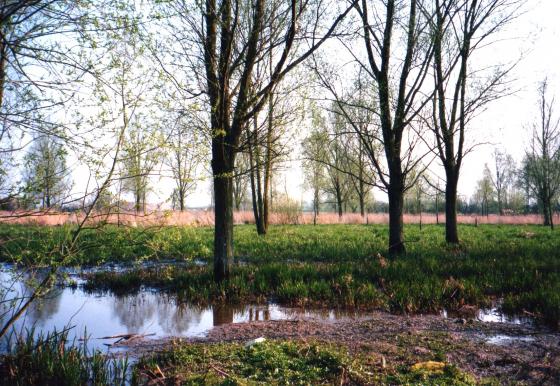 Site 118 The marshy area between the River Soar and the Cricket Bat Willow Plantation. April 2002 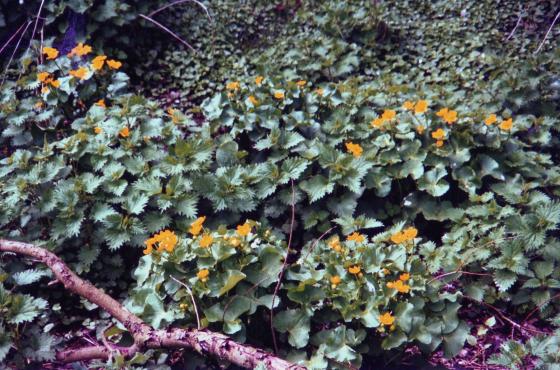 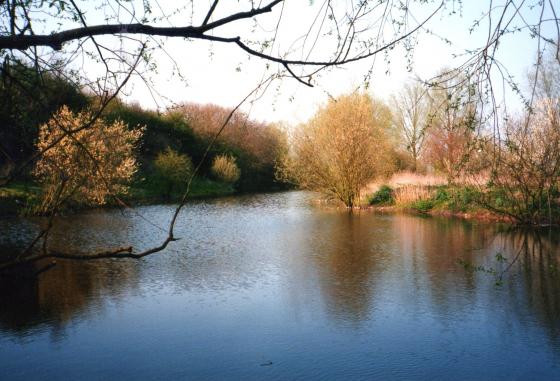 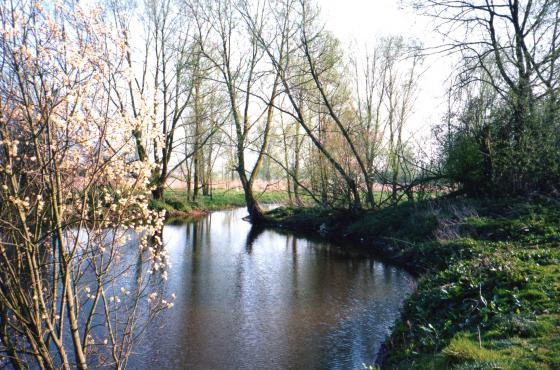 Pond 7 showing it leading into the marshy area. April 2002 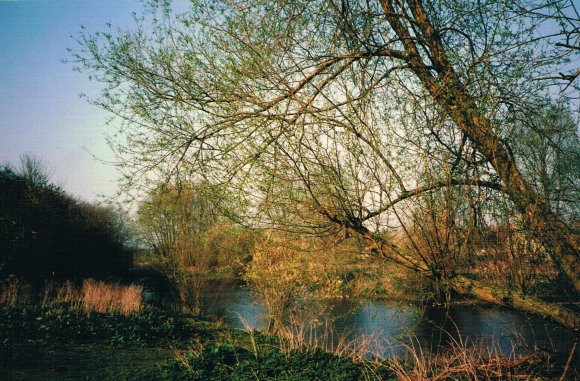 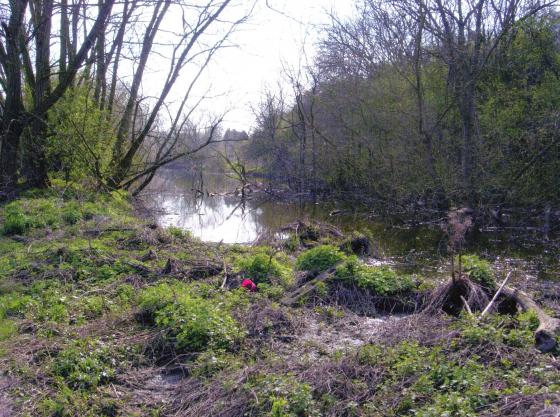 Pond 7 looking to the marshy area in April 2007 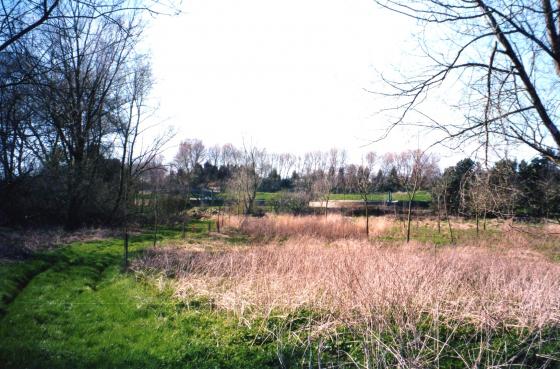 On the boundary of Site 118 with the Sewerage Farm and filter beds between Farnham Bridge Farm and the River Soar. April 2002 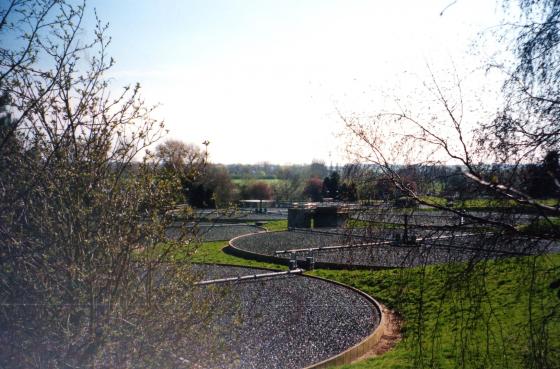 Looking into the filter beds from Site 118 Rowena Marsh and Pond. April 2002

The Cricket Bat Willows have made a good plantation since they were planted for future cricket bats. The tow path along the River Soar runs along the edge of this site which is still a boggy area. Pond 7 has become more overgrown which is natural without management 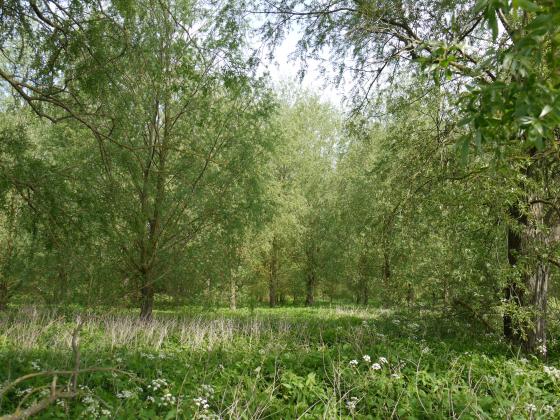 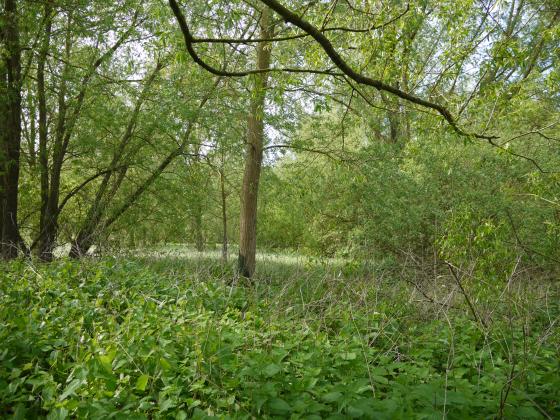 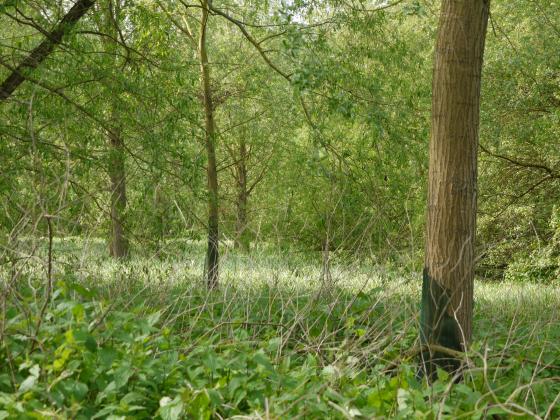 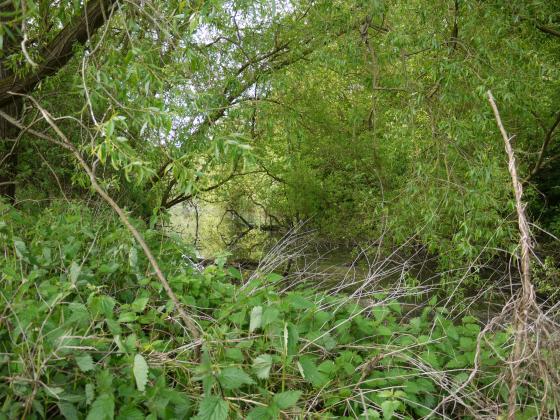 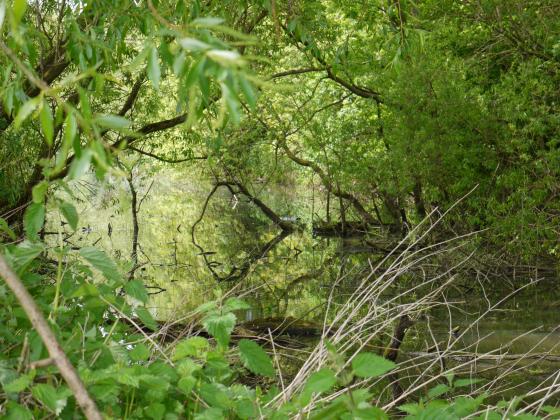 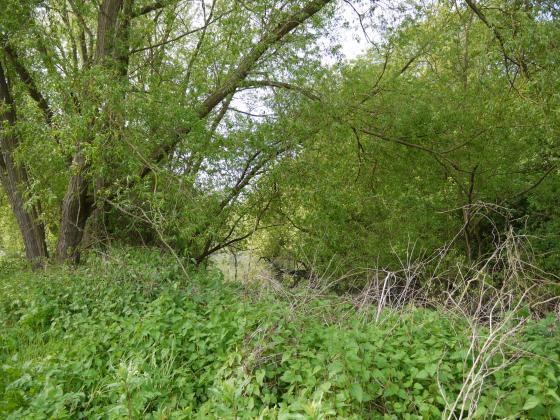 The timber is cut into rounds and the clefts split out. Each cleft is rough sawn then waxed at the ends. Waxing prevents quick moisture loss from the end grain, which could cause cracks. The clefts are then air or kiln dried.

The cleft is cut into the basic blade shape. The craftsman needs to establish which end is best for the handle and make sure the 'sweet spot', the springiest part of the bat, is located in the centre to ensure maximum reward for a well-struck shot.

The willow fibres are compressed to strengthen the timber to withstand the impact of the ball. It is a delicate balance between hardening the willow for strength and leaving the blade soft enough to play well.

The handle, a laminated construction of cane and rubber strips (treble sprung), is precisely spliced into the blade of the bat. The handle is set slightly forward in order to ensure a perfect pick up. It is secured using a water-resistant wood glue, and then left overnight to dry.

Pulling off the willow with the draw knife shapes the blade. The coarse cuts of the draw knife are smoothed using wooden planes and the shoulders are seamlessly blended with the spoke-shave. Once shaped, the bat is coarse and fine sanded.

The bat is mounted in a lathe, which is controlled via a foot pedal, and the handle bound using twine. The handle is brushed with glue and whipped with twine, which adds strength at the top of the splice and throughout the length of the handle. The blade is finely burnished using a compound wax that polishes and flattens the wood, leaving a satin finish. English grips are fitted to the handle and labels applied.