THE SPINNEY IS PART OF A GARDEN AND PRIVATELY OWNED. 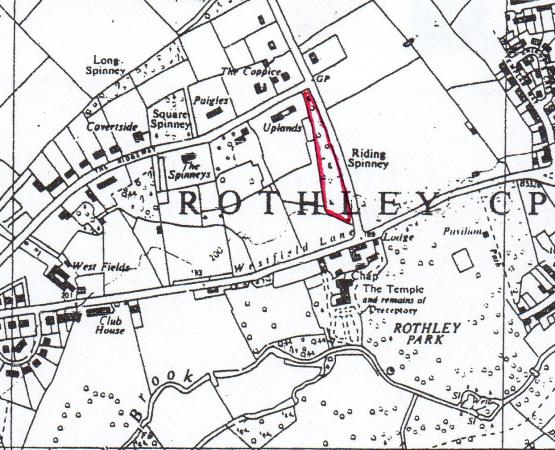 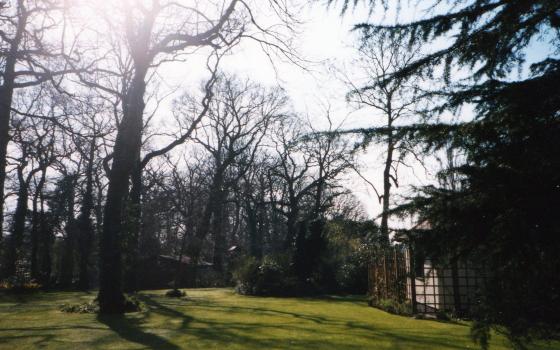 Looking into the spinney from The Ridgeway. March 2002

A lovely spring day, sunny and warm.
This spinney was purchased from Rothley Temple Estates and is well looked after as an extension to a garden on The Ridgeway, Rothley. When it was surveyed in 1988 it was classed as a site of interest at Parish Level. (Not how they are assessed in 2012).
The following trees were recorded in 1988:
Field maple, Sycamore, Hornbeam, Hawthorn, Ash, Holly, Wild Privet, Wild Cherry, Common Oak. The oak was dominant. Ground cover was Bluebell and Dogs Mercury.

At the time of our visit in the early spring the Dogs Mercury was abundant as were the bluebells which were just coming into flower. The Wild Garlic had been introduced in the early 1990's and had spread well, the same for the Yellow Archangel. Wood Anemone also present.

There is a large stone pond which is a spawning ground for frogs and toads. Common Newts are also abundant. The garden planting attracts butterflies and insects and the spinney a good nesting site for birds.

Riding Spinney had 13 active Rook nests at the time of our visit in March 2002 and is part of a larger Rookery that has been active for many years. 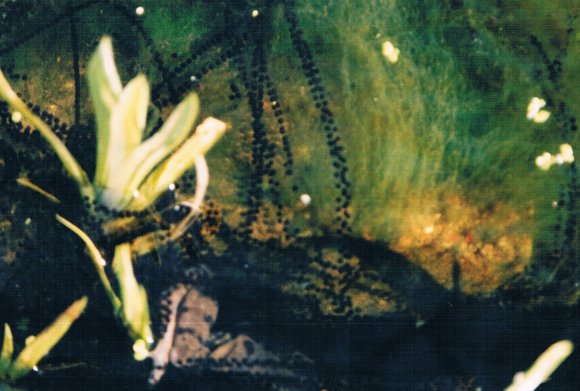 The garden pond is full of toad spawn. March 2002 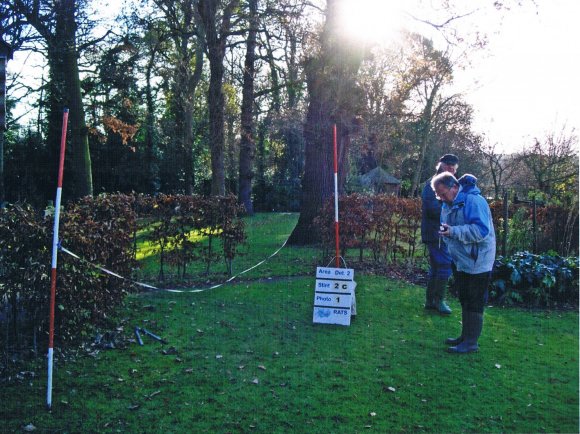 RATS Stint 2 entering Riding Spinney from the garden on The Ridgeway. December 2008 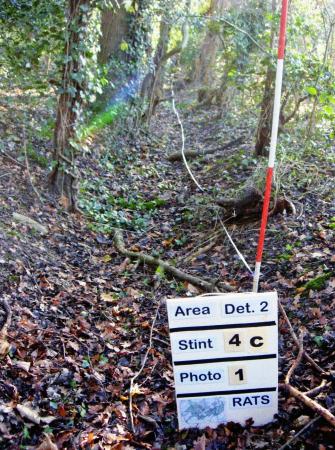 In November 2008 we started to record the Ancient Temple Boundaries within the Rothley Ancient Ecclesiastical Boundary. This is part of Detached 2 of the Ancient Temple lands. The first stint began in Hicklings Spinney Site 270, along The Ridings, over The Ridgeway and into Riding Spinney.

There is much evidence of this boundary, especially the wide boundary ditch with old, individual hawthorn trees running the length. Oak Tree 614 by the side of the ditch has a girth of 3.7m. Close to the stint further down into the spinney there is a ditch that goes off to the right with stones on both sides. Sad to say, no wall was found but this is still a significant point. About a metre into this right hand ditch there is evidence of an old parkland railing gate as the hinges are shown on an iron post which is part of the parkland railings.
Carrying down along the main ditch to the end of the spinney there is an old stump recorded as Ash Tree 616 with a girth of 2.3m. Ash Trees are common boundary trees in Rothley.
This is also the end of our boundary research in Riding Spinney as we now turn into Lawn Bottom, Site 265 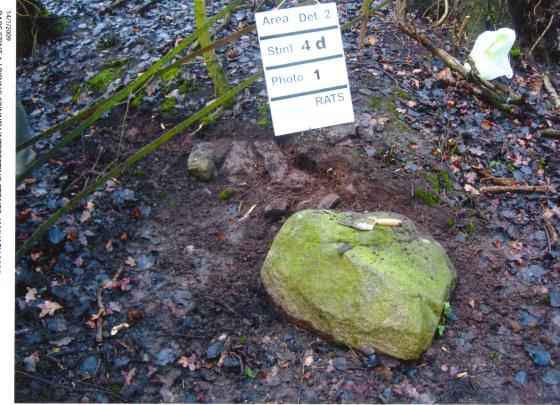 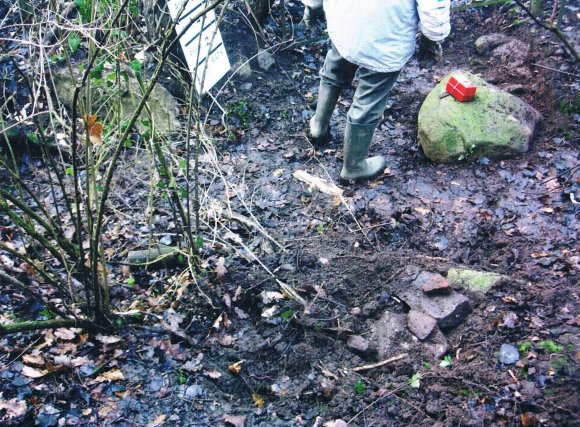 RATS Stint 4d in Riding Spinney with an interesting trio of stones at ditch junction. January 2009 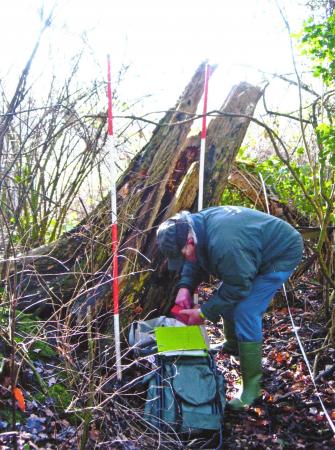 Terry Sheppard recording the end of Stint 4d by the ancient Ash Stump at the bottom of Riding Spinney. January 2009 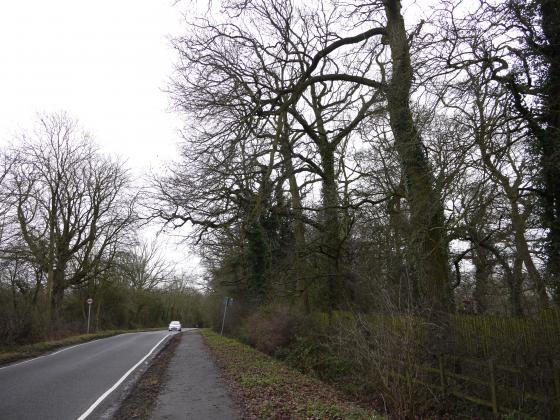 The Ridings with Riding Spinney to the right and Site 180 Stocking Close to the left. February 2015 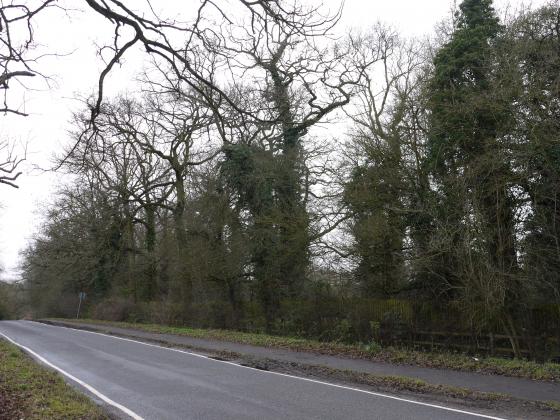 Riding Spinney from The Ridings. February 2015 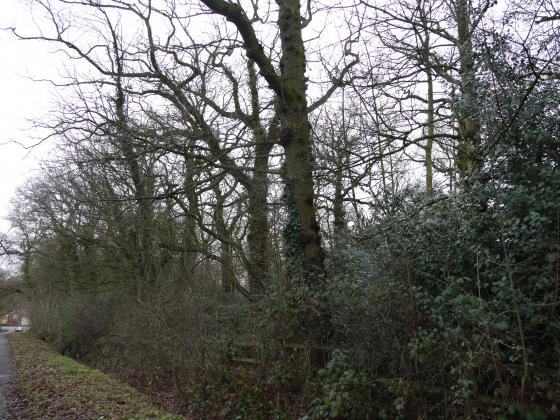 Riding Spinney from The Ridings with Westfield Lane in the distance. February 2015