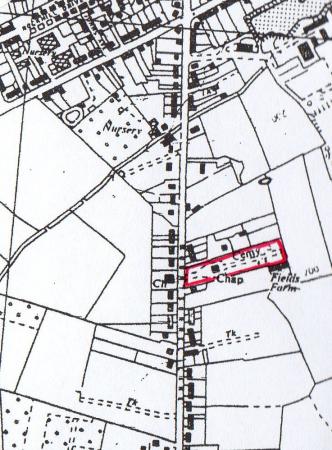 It was on the above date that Rothley Parish Council agreed that a cemetery was needed and it took 9 years for this to become a reality.
To read about the history of the cemetery and its chapel from 1895 to 1904 when the first burial took place please click on the following link: 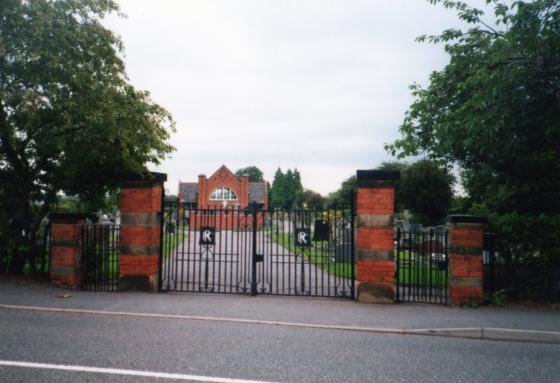 View from Mountsorrel Lane to the Cemetery Chapel. August 2002

To find out who was buried in Rothley Cemetery from 1904 please click on the following link: 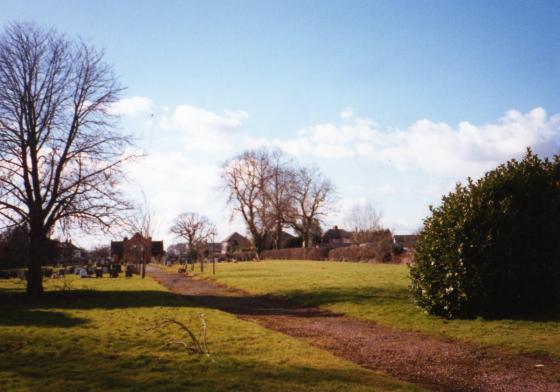 Rear of Rothley Cemetery looking to the chapel and Mountsorrel Lane. January 2000 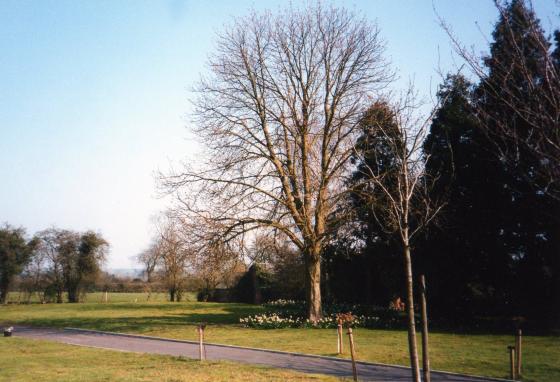 To see how much it cost to be buried in Rothley Cemetery in 1904 please click on the following link: 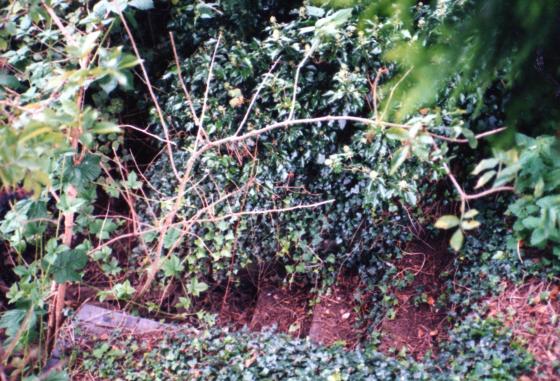 Unknown structure at the rear of the cemetery, right hand side, with steps down. August 2002 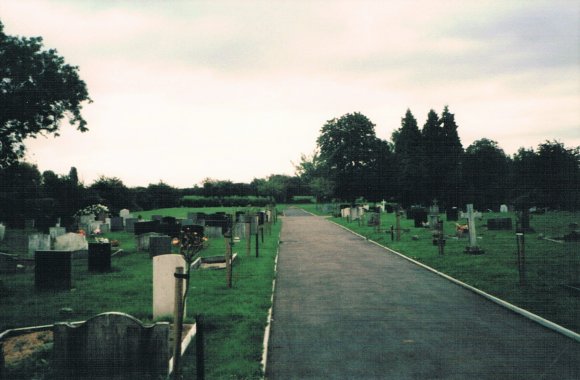 Looking from the rear of the chapel to the far end. August 2002 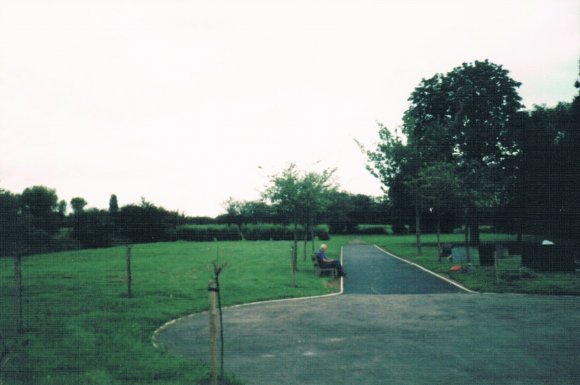 The path extension was done in August 2002 to provide better access to the far end of the cemetery. August 2002 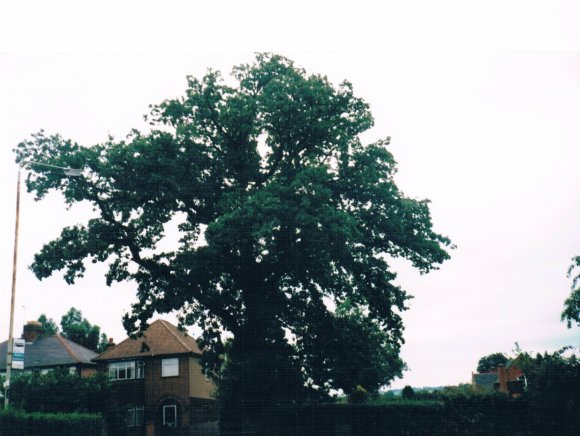 Ancient Oak Tree 8 with a girth of 3.77m on the boundary with Mountsorrel Lane. August 2002

THE DEPARTURE OF THE DEAD

After researching the history of Rothley Cemetery the Rothley Heritage Trust published a book "The Departure of the Dead" including all the information from the Rothley Parish Council Minute Books together with fascinating history from early times of village burial.
"that the chapel will be built on rock, with churchyard to the south, with sufficient depth of soli for the departure of the dead"
To read about this book please click on the following link:

In March 2003 the Rothley Parish Council granted me the use of a piece of land at the far end of the cemetery for a tree nursery. The main objective was to preserve small walnut trees grown from the fruits of Rothley walnuts.
Rothley Parish Councillor, John Harris, joined me to stake it out and lift the turf so the project was started on the 21st March 2003 and the first walnut planted on the 4th April 2003.
The parent walnut trees were on The Ridgeway, Rothley and Farnham Close, Rothley and their offspring were very successful. Two Sequoias were also planted from a parent tree on The Ridgeway.

The walnuts are thriving in 2016 and two of them fruited in 2015. They were planted in the Donkey Field close to where old maps show a walnut plantation. The two Sequoias were planted by the driveway to Southfield Farm.

The nursery was also used to bring on hawthorn whips and these were used for gapping in the Donkey Field hedgerow.

The tree nursery had served its purpose and has been allowed to grass over. The laurel hedge by the side of it is now huge and completely overshadows the ground making it unusable. If the laurel is ever reduced in height to about five feet my hoe will be discovered as that is where I used to store it!
Marion Vincent 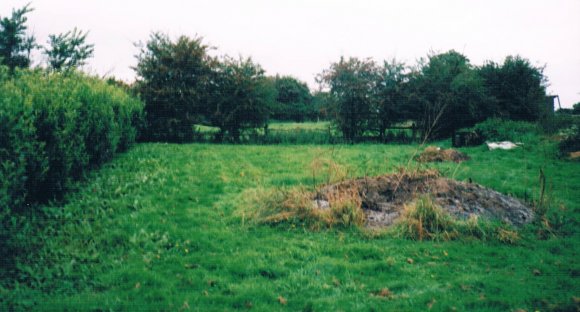 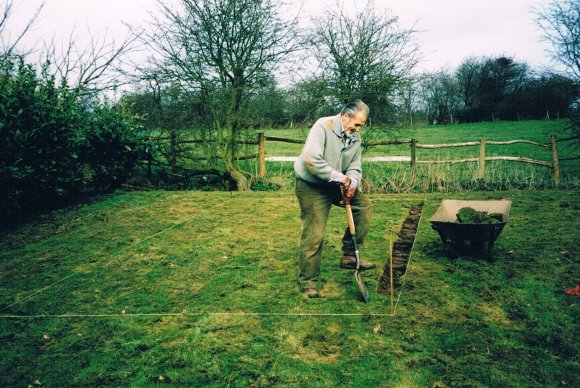 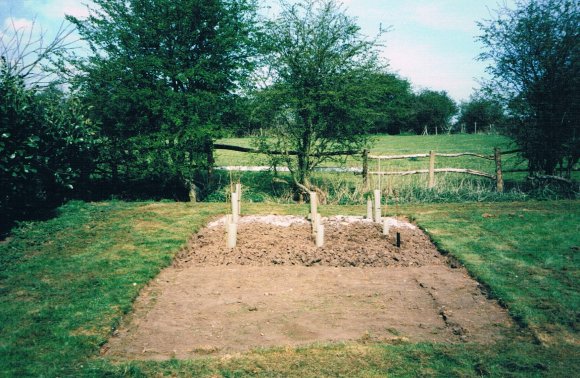 The first planting of walnuts. April 2003 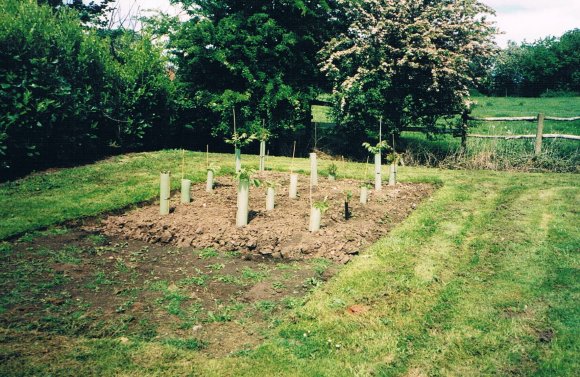 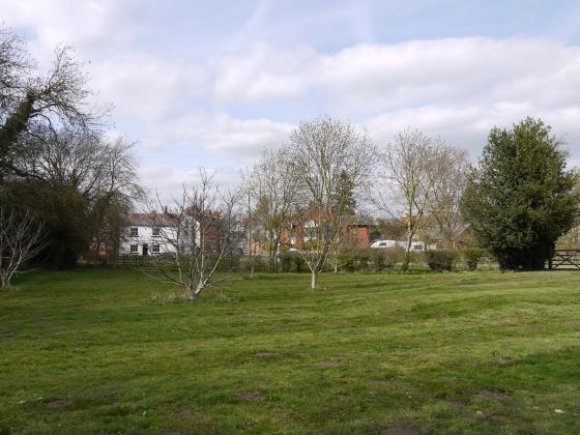 A winter view of the walnuts in the Donkey Field. May 2013