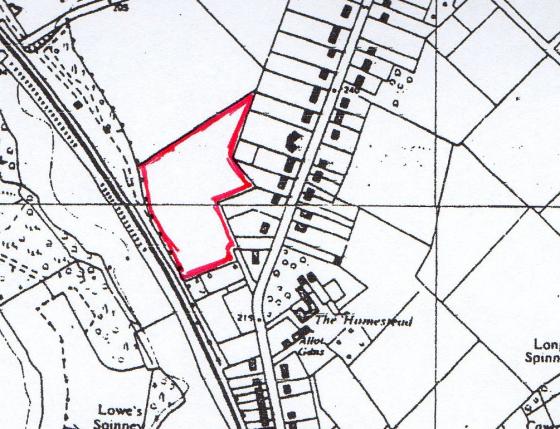 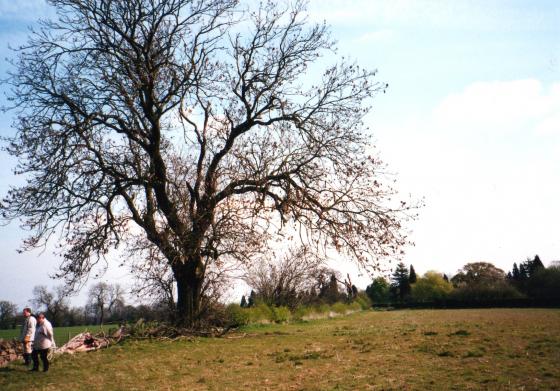 Ancient Tree 48 set in a boundary with a stone wall in the Railway Field. April 2002

The stone wall in the Railway Field with Ancient Tree 48 to the right. Looking to The Ridings leading to Swithland Reservoir. April 2002 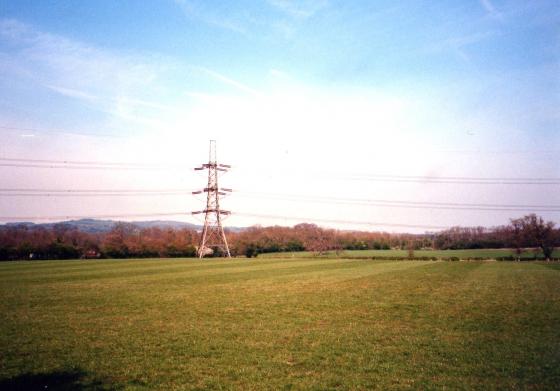 Looking over the Railway Field to Swithland. April 2002 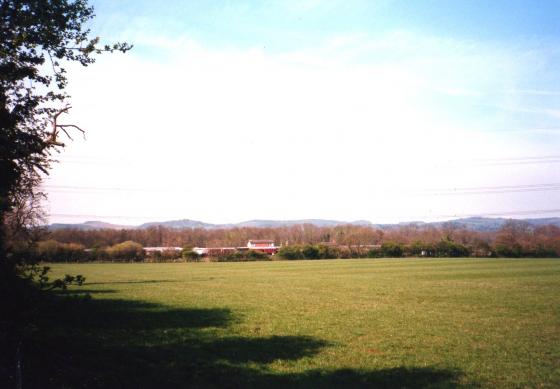 The Railway Field looking to the Great Central Railway at Swithland. April 2002

Looking from the top corner of the Railway Field over adjoining field with a boundary on the southern part of The Ridings down to Swithland Reservoir. April 2002 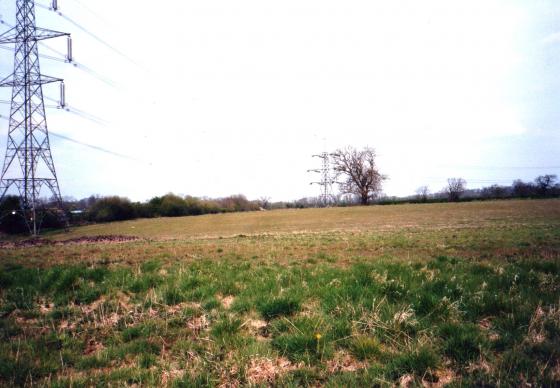 The Railway Field with a rough area at the back there is a small pit and a pile of stones. April 2002

Taken from the edge of the possible pit with heap of stones/wall. Ancient trees 48 and 49 in the background. April 2002 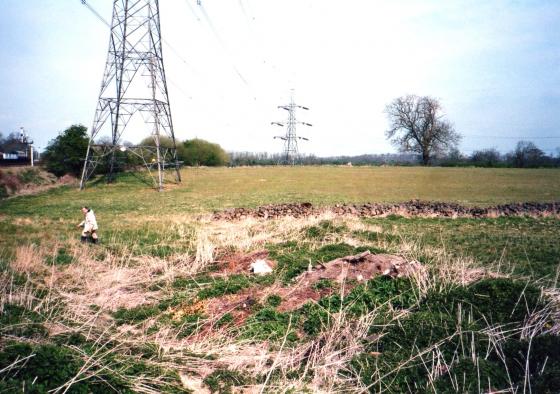 Looking at the small pit and heap of stones or possible wall in the Railway Field. Great Central Railway to the left. April 2002 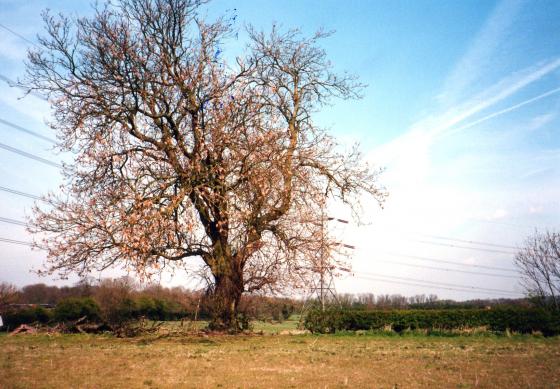 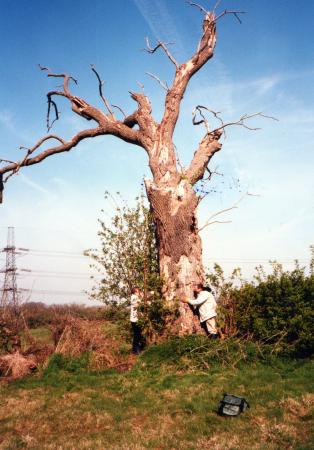 The first visit was made to this site on the 24th October 2001 just to see where it was, how to obtain access and to walk the boundaries. The following notes were made on the 17th April 2002.
This field is permanent 'set-aside' and not used for grazing or arable. There are so many rabbits living by the railway bordering this field that it is not worth planting it with crops. It is never used to graze animals.
There is an interesting stone wall on one boundary close to the railway which was in a good state at the time of our visit but these features can quickly deteriorate. Kathleen Hyman, the Tenant Farmer, refers to it as the Parish Wall but this will need to be checked out.
In a large dip there is a huge pile of granite stones looking more like a heap than a wall but it is spread out like a wall. Alongside this is a pit, which is also a mystery.
The grass looks as though it suffers from being permanently wet but no explanation yet for this. Was it a field used by workmen on the building of the railway in 1896 or a camp for the navigators?
This field is poor and has little agricultural value mainly due to the rabbits but also the unevenness of the terrain.
Small parts have also been sold off to the houses on Swithland Lane to extend their gardens and a further piece has just been approved for sale.

There are two Ancient Trees in the Railway Field recorded as:
Tree 48 Ash 4.6m girth which is big for ancient ash. There was a lot of debris from the tree on the ground but it would have been an original boundary tree and set in a stone wall instead of a hedgerow.

Tree 49 Ash 3.8m girth. Extremely poor state with no sign of life. This would have been another original boundary tree set in the same stone wall as Tree 48.

A return visit was made to the Railway Field as we were told that some bore holes were being made. Brian Verity, Archaeological Heritage Warden for Rothley, wanted to see if they disturbed anything of interest. However, nothing was revealed although Brian is still very interested in the pit as mentioned above.

Following the death of Kathleen Hyman, Tenant Farmer, in 2006 the farm will no longer remain in the Hyman family and further information awaited.