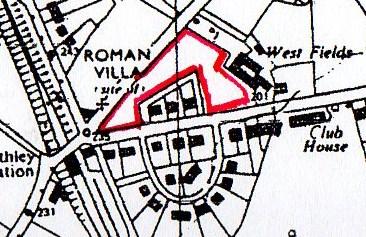 THIS FIELD IS PROTECTED AS A NATIONAL MONUMENT DUE TO A ROMAN VILLA BEING UNDER THE SOIL. 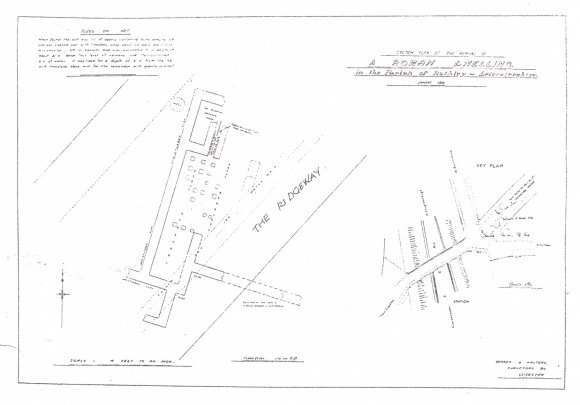 Sketch plan of the remains of a Roman Dwelling in the Parish of Rothley, Leicestershire 1901. Prepared by Draper and Walters, Surveyors, Leicester. 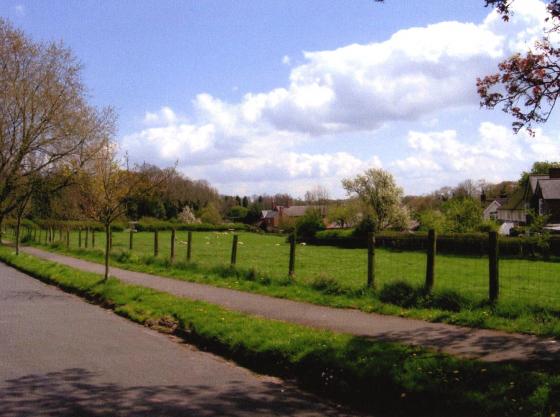 This is the Roman Villa field but nothing of this is visible. There is evidence of Ridge and Furrow. On this initial visit I recorded Giant Puffball (Langermannia gigantea) with the fruiting body measuring 13 x 10 inches. Nearby was a Gleba measuring 11 x 9 inches. There had been others but I was told by Kathleen Hyman, the Tenant Farmer, that they had been picked for eating. Hopefully, there will always be some left intact for the spores to escape. 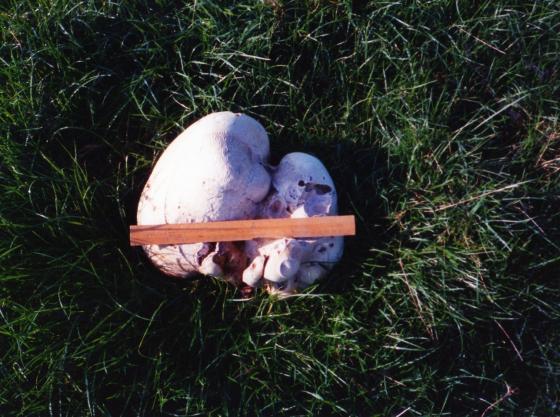 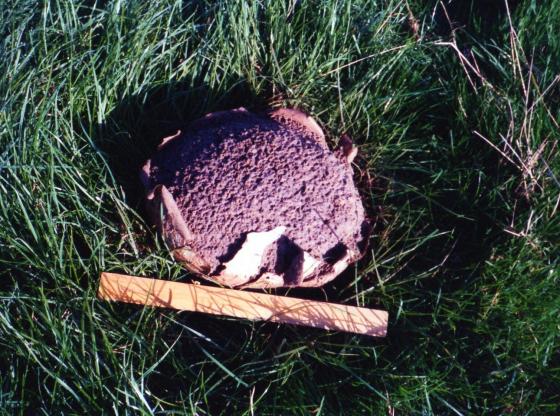 A further visit was made with Brian Verity, the Rothley Archaeology Heritage Warden, so that Brian could look at the archaeological features and I could check out the natural history. The field was full of Mole heaps, some very large.
I found 5 more Gleba of Giant Puffball at the Westfield Lane end of the field. They were growing in with the nettles by the railings at the approach to the farm. These are in addition to the one detailed above. These sightings have been recorded and details sent to the Loughborough Naturalists' Club. A Green Woodpecker was busy at one of the many anthills in the field.
This field has fencing along The Ridgeway boundary and the station corner. A rectangle of houses is built into the field on the Westfield Lane side and has privet for the hedges. There is rather sparse hedgerow fronting the rest of Westfield Lane with low-growing elm and hawthorn. 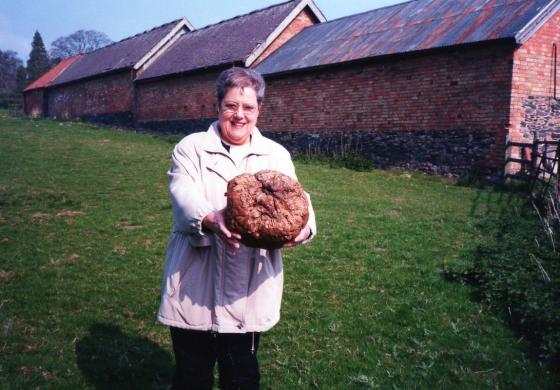 Sadly, Kathleen Hyman died suddenly in 2006 and Westfield Farm will no longer remain in the Hyman family as Tenant Farmers

The new owner is Mr. Charles White and I met him on the Westfield Lane boundary grubbing up the hedgerow. He is aware that there is a Roman Villa on the site which is protected. He told me that the hedgerow is going to be replanted with mixed hedging as the original was in too bad a state to be laid and tidied. The tree are to remain untouched as the have Tree Preservation Orders (TPO) on them. He told me that there would also be major planting around the perimeter of the field to keep out the traffic noise from the farm. Tree planting was due to take place the following week. 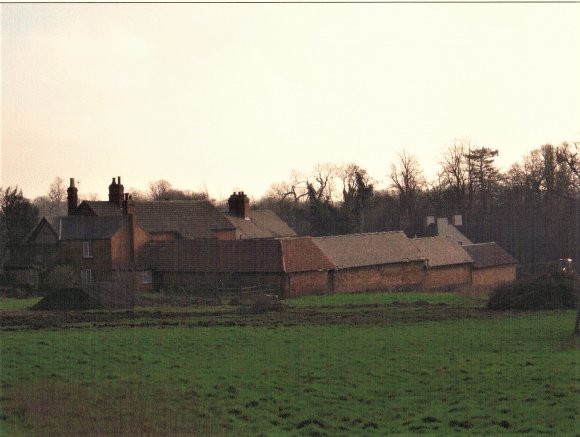 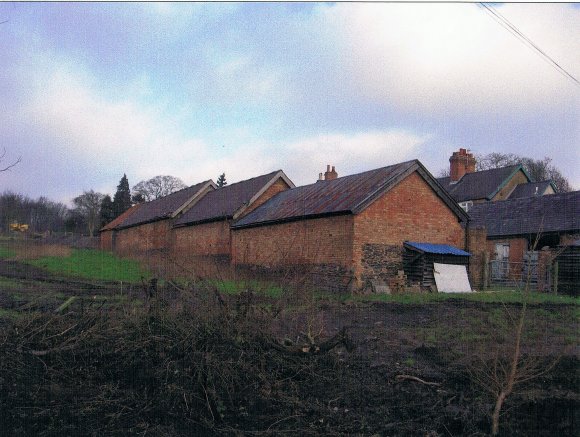 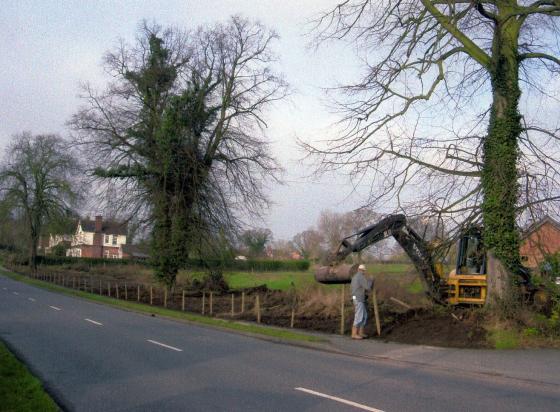 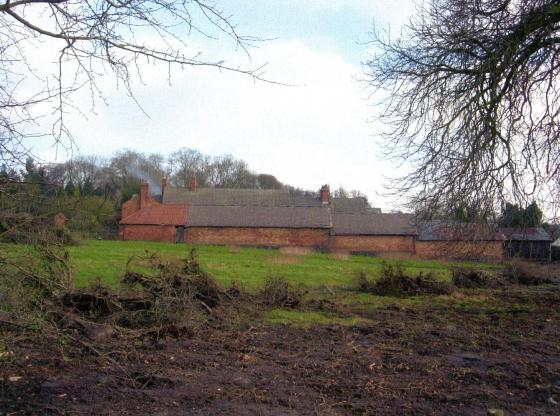 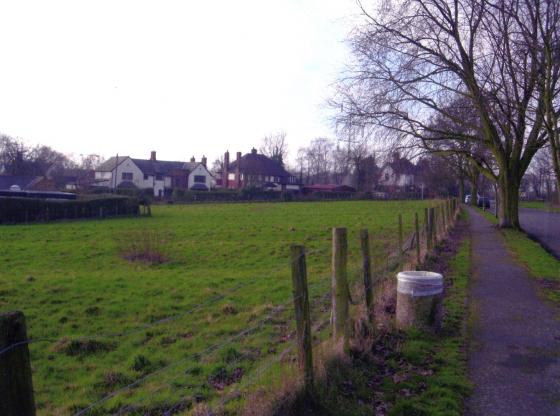 HOME FIELD FROM THE RIDGEWAY BEFORE THE CONIFER AND TREE PLANTING. FEBRUARY 2008 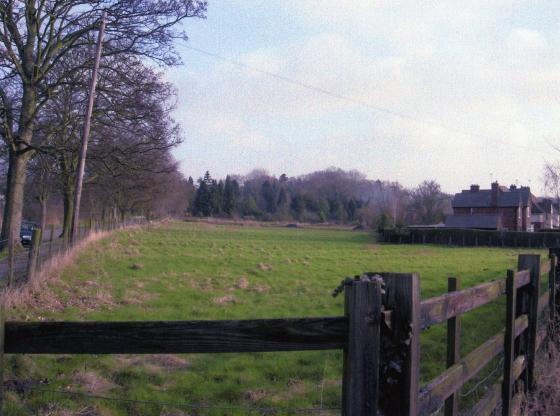 HOME FIELD FROM THE STATION CORNER JUNCTION WITH THE RIDGEWAY TO THE LEFT AND WESTFIELD LANE TO THE RIGHT BEFORE THE CONIFER AND TREE PLANTING. FEBRUARY 2008 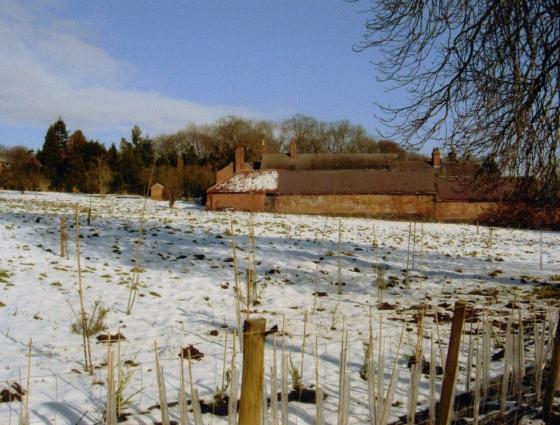 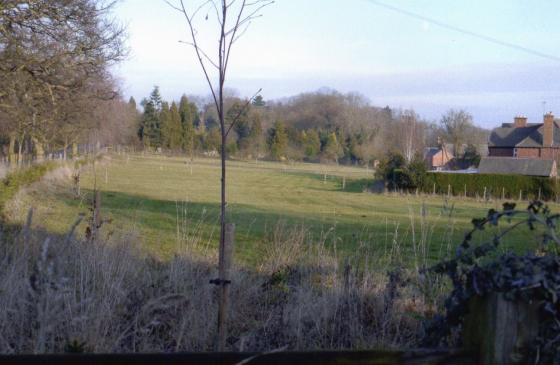 HOME FIELD FROM STATION CORNER WITH THE RIDGEWAY TO THE LEFT AND WESTFIELD LANE TO THE RIGHT. CONIFER HEDGE AND TREES PLANTED. DECEMBER 2009 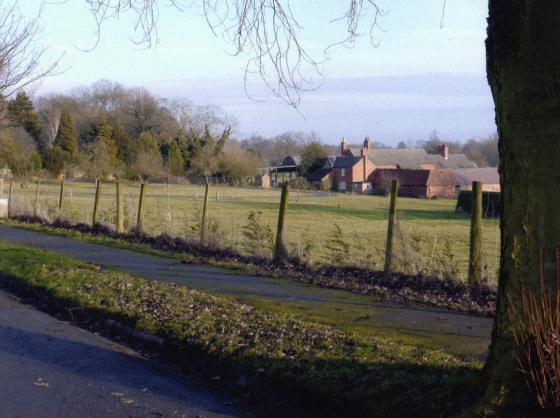 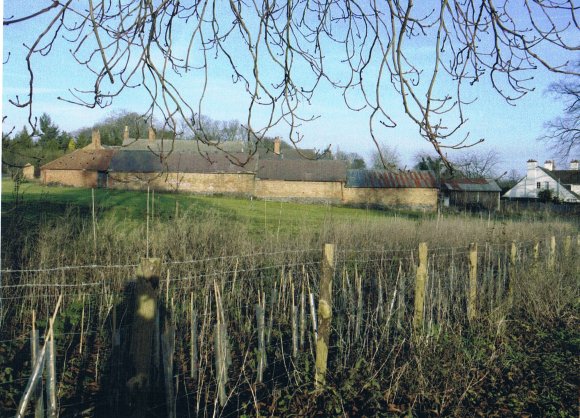 Looking to the farmhouse from Westfield Lane. December 2009

FOR MORE INFORMATION ABOUT THE ROMAN VILLA SITE PLEASE CLICK ON THE FOLLOWING LINK: 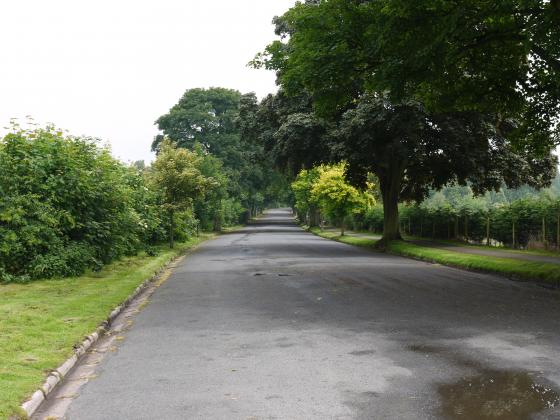 Home Field is on the right, soon to be hidden behind a conifer hedge. June 2013 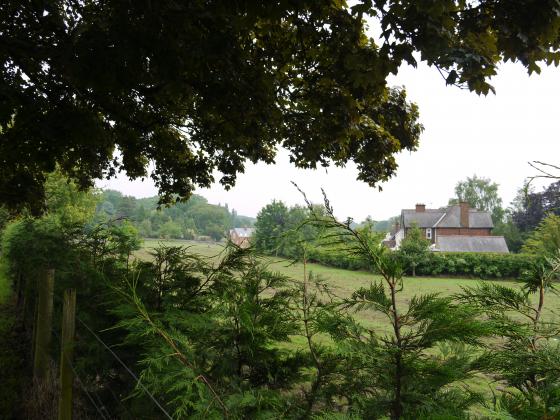 The Ridgeway to the left, Westfield Lane to the right and Home Field surrounded by conifers. June 2013 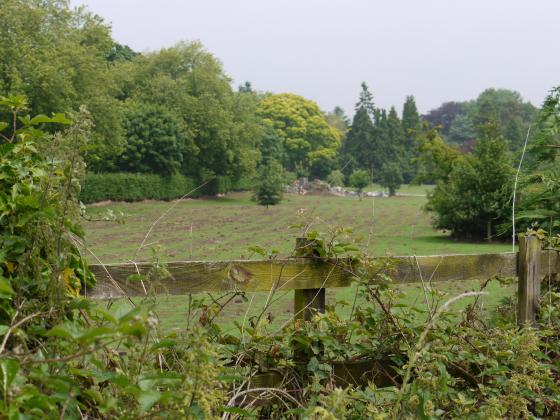 Looking from the junction of Westfield Lane and Swithland Lane. June 2013